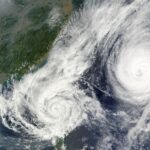 The World has yet to absorb the full impact of the devastation wrought by Very Severe Cyclonic Storm Nargis, a tropical cyclone in the North Indian Ocean and Bay of Bengal which struck the Southeast Asian nation of Myanmar (Burma) on 2 May 2008, devastating the Irrawaddy River delta, referred to as the Mouths of the Irrawaddy. The military junta that rules the country has not issued an update to the official death toll since Tuesday, 6 May 2008, when it stood at 22,980 with 42,000 people missing and an estimated one million homeless. It is widely anticipated that the death toll will easily cross 100,000; a Myanmar official has stated that the number of persons killed in one province alone may reach as high as 80,000. With relief supplies only trickling into the country and the rice planting season about to get underway, it is feared that a second disaster waits in the wings, as starvation and outbreaks of diseases could wreak havoc on the remaining populace. Very Severe Cyclonic Storm NARGIS Very Severe Cyclonic Storm NARGIS, Visible Image at 0957 UTC 2 May 2008, eye coming ashore over the Mouths of the Irrawaddy, Myanmar. Central pressure 937 mb (hPa). Photo courtesy Naval Research Lab (NRL) In the wake of Nargis, a second major tropical cyclone has been spawned in the Western North Pacific Ocean. Super Typhoon Rammasun, identified as Butchoy within the Philippines, briefly threatened that country in its formative stages, but turned northward to spare the island nation which is all too frequently visited by typhoons. While Nargis was a low-end Saffir-Simpson Category 4 storm at landfall (stronger than Hurricane Katrina when it struck New Orleans), Super Typhoon Rammasun has reached the upper limit of Category 4.

While the Saffir-Simpson Hurricane Scale is not generally utilized outside of the United States and is arguably not a superior method for estimating the damage potential of a tropical cyclone, there is no denying that Super Typhoon Rammasun is a significant storm, with 1-minute sustained wind speed estimated at 135 knots (155 mph or 250 km/hr) by the Joint Typhoon Warning Center of the U.S. Navy and 10-minute sustained wind speed estimated at 105 knots (121 mph or 194 km/hr) by the Japan Meteorological Agency. The primary difference between Rammasun and Nargis is that Rammasun is not expected to pose any significant threat to land throughout its lifespan. Super Typhoon RAMMASUN (BUTCHOY) Super Typhoon RAMMASUN (BUTCHOY), Infrared Image at 1530 UTC 10 May 2008, in the Philippine Sea east of Luzon, Philippines. Central pressure 922 mb (hPa). Photo courtesy Fleet Numerical Meteorology and Oceanography Center (FNMOC) It is unusual to see two such potent storms generated so early in the Northern Hemisphere tropical cyclone season, since the ocean heat content (measured by sea surface temperature or SST) is not yet near the maximum expected late in the summer when the season ordinarily peaks. What, then, can be expected for the Atlantic hurricane season, which officially begins on 1 June? The Tropical Meteorology Project of the Colorado State University, in its Extended Range Forecast of Atlantic Seasonal Hurricane Activity and U.S. Landfall Strike Probability for 2008, predicts a season above the climatological norm, with 15 named storms, eight hurricanes and four intense hurricanes (Saffir-Simpson Category 3 or higher). The forecast also anticipates a higher than average probability that an intense hurricane will make landfall on both the U.S. East Coast and in the Gulf of Mexico. The National Weather Service Climate Prediction Center of NOAA will issue its 2008 Atlantic hurricane season forecast later this month. So, ladies and gentlemen, it tentatively looks like we had better batten down the hatches in anticipation of an active Atlantic hurricane season, with the outlook for the entire Northern Hemisphere not faring much better. Of course, for storm chasers and those who enjoy following the progress of tropical systems, this is exciting news. As usual, Ten Spider Weather & Meteorology will be tracking each storm in near real time via our Tropical Cyclone, Typhoon & Hurricane Tracking Center.

We urge you to stop by, and please don’t hesitate to spread the word through blogs, forums and hyperlinks to our site. We urgently need you to get the word out about our tracking center; doing so may save someone’s life, property or pets. A parting comment: For those who will find themselves in the path of a tropical cyclone this season, be it called tropical storm, hurricane, typhoon or cyclonic storm, when the word comes to evacuate, remember Myanmar. The ferocity of a tropical cyclone and the power of storm surge should never be underestimated nor minimized. If your property is of value to you and you lose your life and perhaps the lives of your loved ones protecting it, what have you accomplished? Plan ahead, be vigilant and, should an evacuation order be issued, heed it! Finally, let’s be thankful that, for the moment, the Indian Ocean is quiet.